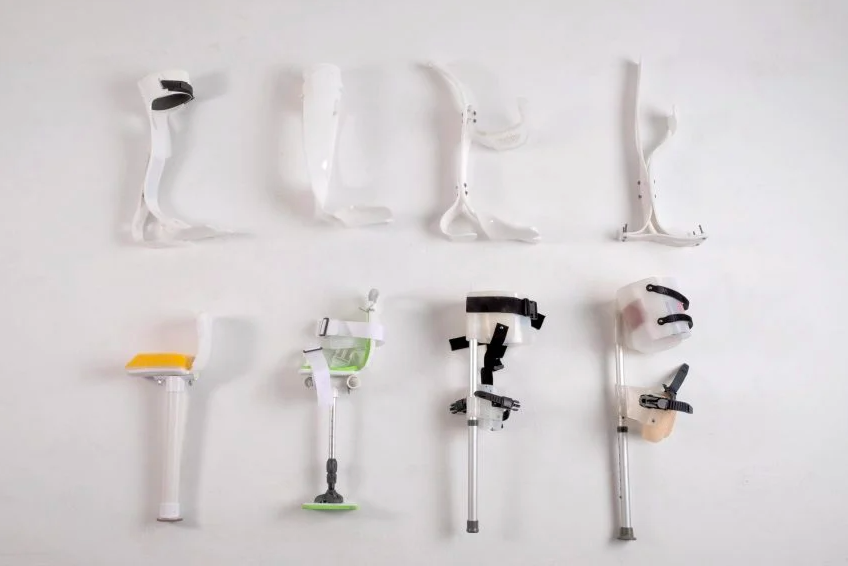 Interchangeable, modular components eliminate the need for expensive custom building in the Lytra lower-limb prosthetis created by industrial designer Harry Teng to offer amputees a safe, low-cost standing aid in the shower The artificial leg consists of a height-adjustable pole with an added hand-grip for stability and a customisable socket where users can rest their residual limb.

Lytra was designed to bridge the gap between traditional prostheses, which are expensive and generally not waterproof, and bathroom aids such as wall grips and shower stools that don't help users with the most treacherous step – getting into the shower. Teng came up with the idea for the project after an 80-year-old below-knee amputee named Phil allowed the designer to study his daily routine and the associated challenges as part of a research project :

"Through shadowing him, I started to realise that something many people take for granted, like showers, can be a pain point for amputees," Teng told Dezeen.

"Their current solutions when showering can be quite dangerous or troublesome. The biggest challenge is entering and exiting the shower. Some amputees must jump to get inside, others may crawl."

In general, prostheses come with a steep price tag as they have to be tailor-made to fit the user based on their height, weight and the shape of their residual limb. So getting a second artificial limb fitted only for use in the shower isn't a viable option.

Instead, the designer worked with feedback from amputees to develop a series of modular components that can be swapped or adapted by the user to suit their body. Lytra can be set to different heights using the stainless steel pole, while an adjustable nylon and silicone strap is fitted to the thigh to secure the prosthesis.