– Full analysis of our expert –

Kith was created in 2011 by New Yorker Ronnie Fieg, a major figure in the world of sneakers. Kith is a high-end streetwear clothing brand with a full lifestyle wardrobe mixed cleverly with the many designer models sold in its own concept stores. Fieg seeks to change the fashion market through its philosophy of giving to the consumer more than what he pays for. He also collaborates with a large number of brands. 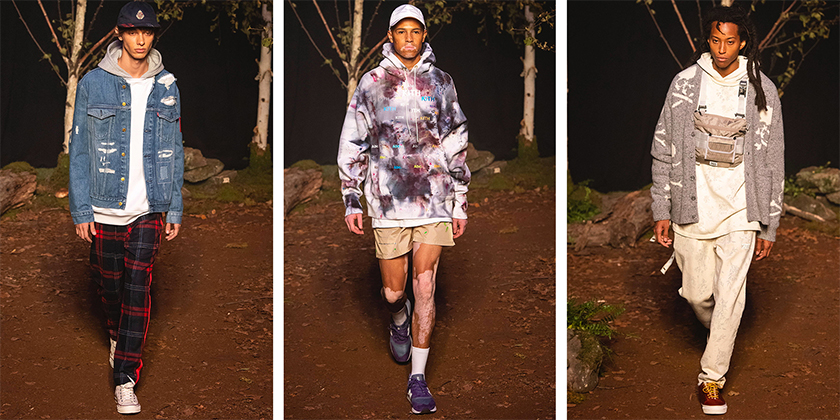 The Japanese Masayuki Ino founded in 2012 its brand-named Doublet. He just won an award of the LVMH prize thanks to his conceptual approach of clothing, reinventing a mixed urban and graphic wardrobe. His fashion streetwear references with sophisticated finishes stands out thanks to his new approach of creative merchandising. For example, he presents series of noodle boxes containing a to be rehydrated compact t-shirt because combining creativity and experience for the consumer matters to him. 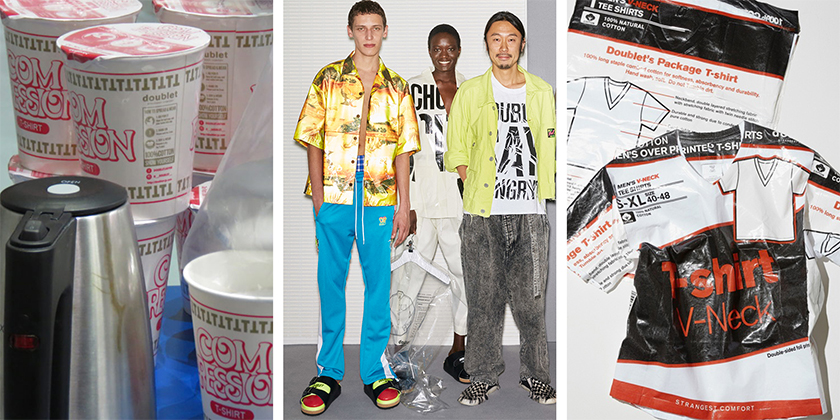 The independent American label has known a sky-rocketing performance since its creation in 2015 by the Californian Matthew Williams. The ready-to-wear and accessories collection is entirely made in Italy and is inspired by the Californian youth of the designer, the urban world and streetwear. Close to Kanye West and Virgil Abloh, the founder of Alyx presented his first fashion show during Paris Fashion Week. He gets his own line at Nike and started a collaboration with Dior. 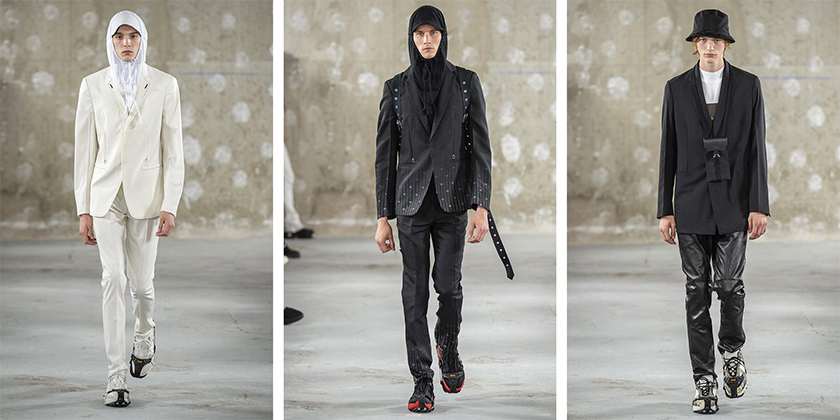 The Swedish brand CMMN SWDN was launched in 2012 by Emma Hedlund and Saif Bakir. After they knew each other at Central Saint Martin’s school and the London College of Fashion, they both were directors of Kanye West’s Paris studio, gaining with that an instant credibility in the fashion industry. The duo is inspired by youth subcultures to create basics, timeless menswear with high-end finishes. 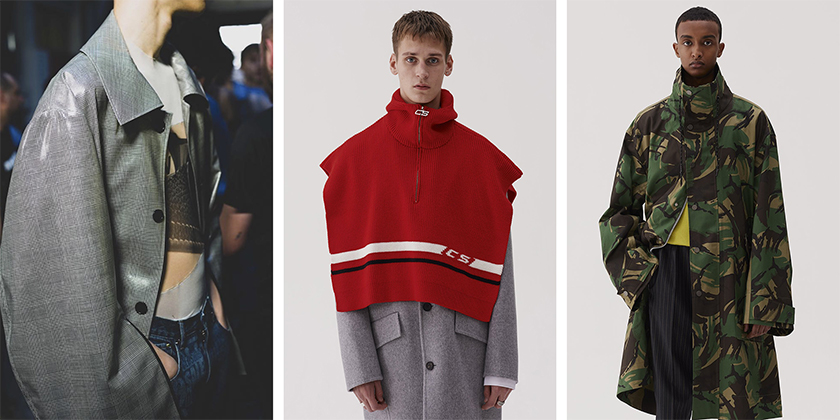 CHILDREN OF THE DISCORDANCE

Children of the Discordance is a label created in 2011 in Tokyo by Hideaki Shikama. The brand is inspired by various subcultures and Shikama’s youth in the 2000s. One of the main visual codes of Children of the Discordance is the use of application or patchwork with a particular focus on bandana prints and embroideries. Hideaki Shikama brings something new to the world of fashion by introducing fair trade products without compromise on quality. 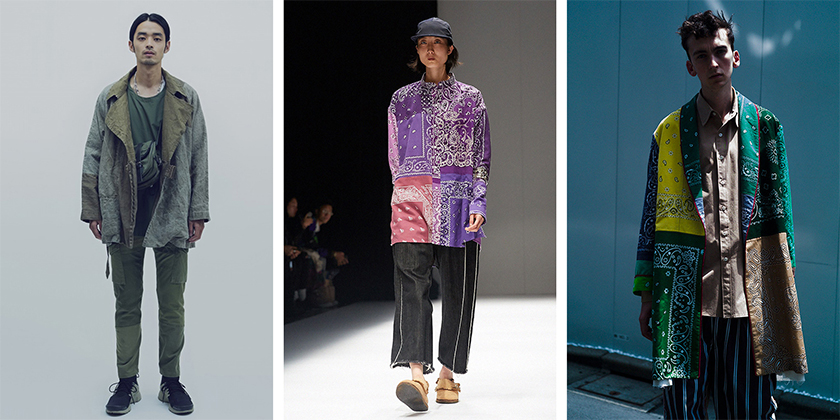 The American designer John Elliott founded his brand in 2012 after identifying what lacked in his personal wardrobe. His desire is to create classic and functional clothing from high quality materials. The fabrics are purchased or developed in Japan according to precise specifications. Collections are made in California under the watchful eye of the designer with a particular attention to finishes and details. 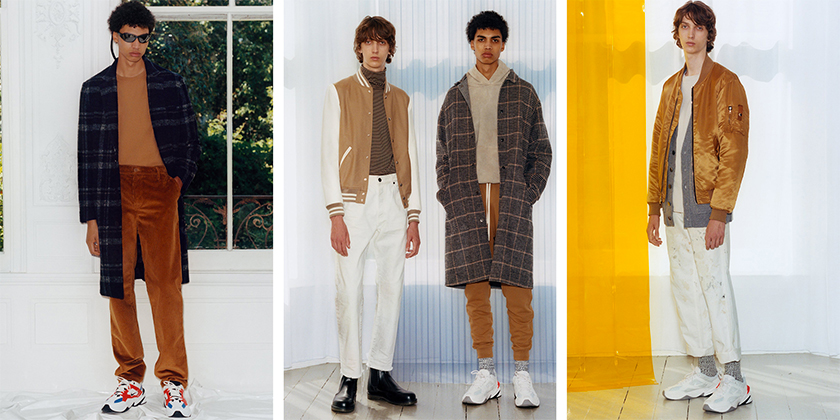 After graduating from the Central Saint Martins in London with a master’s degree in men’s clothing, the Berliner Sissi Goetze founded her eponymous brand in 2010. Her style is a fusion of sportswear and classic with minimalist, classic and elegant basics. She focuses on complex shirts, key elements of the brand, but offers also pants or jackets. Its avant-garde look makes each garment both singular and innovative. 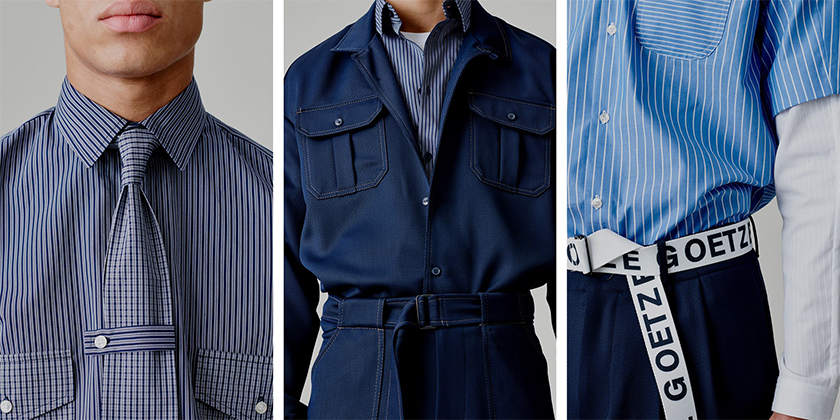