After having worked at Miu Miu, Chloé and Celine under the direction of Phoebe Philo, South Korean designer Yuni Ahn takes over the position of creative director of Maison Kitsuné! Unknown to the French public, the new artistic director will take care of the design of both Maison Kitsuné’s men’s and women’s collections. For the first time, the label will be officially presenting its mixed gender collection on January 18th during the Men’s Fashion Week in Paris. This is a radical change for Maison Kitsuné, which, as you can see, is now opening up to new horizons. 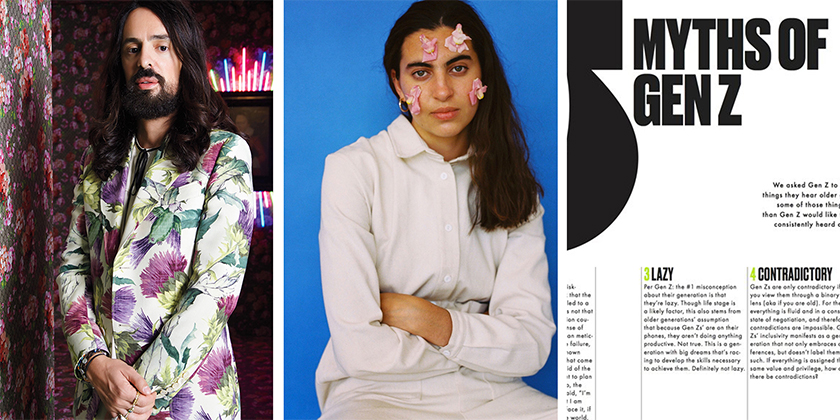 After a first edition called “Influence”, Gucci now unveils “Fluidity”, the second issue of its millennial magazine. Launched in the framework of education, equality and justice, the biannual makes an inventory of a generation without borders. This is a review with opinions and reflection well beyond the genre; such is the concept of “fluidité”. In order to carry out this project, editor-in-chief Nicholaia Rips chose to invite many committed personalities. Through this edition, Gucci gives us a new perspective on gender fluidity. The fashion giants are committed to achieving carbon neutrality by 2050. Indeed, Adidas, Hugo Boss or the Kering Group have signed “the charter of the fashion industry for the climate action ” on the occasion of COP24, launched by the UN and supported by the designer Stella McCartney but also by Marco Gobbetti, CEO of Burberry. The fashion industry is finally going green after having been the target of permanent criticism for its environmental footprint. By signing this text, these brands are committing to putting energy saving measures in place. The idea is to favour sustainable fabrics and above all, reduce their CO2 emissions by 30% by 2030.